Bitwig 2.4 - The Early Edition - and conclusions

This is a quick look at the upcoming Version 2.4 along with my updated conclusions on Bitwig as a whole.

All previous post have (hopefully) been updated to reflect the new changes.

All of the relevant pages in the previous Bitwig review will be updated with this new information.

Resizing... is a feature.

This is one of those times where you can tell how young a product is. This is considered a major improvement: you can resize tracks.

Well, you can’t do this in Ableton Live so I guess it’s a “feature”.

Bitwig’s track resizing capabilities are still rather poor though. There’s no hotkeys for adjusting tracksize, you can’t resize selected tracks, no resize presets, no quick resize/snap back, etc…

Little by little I suppose. 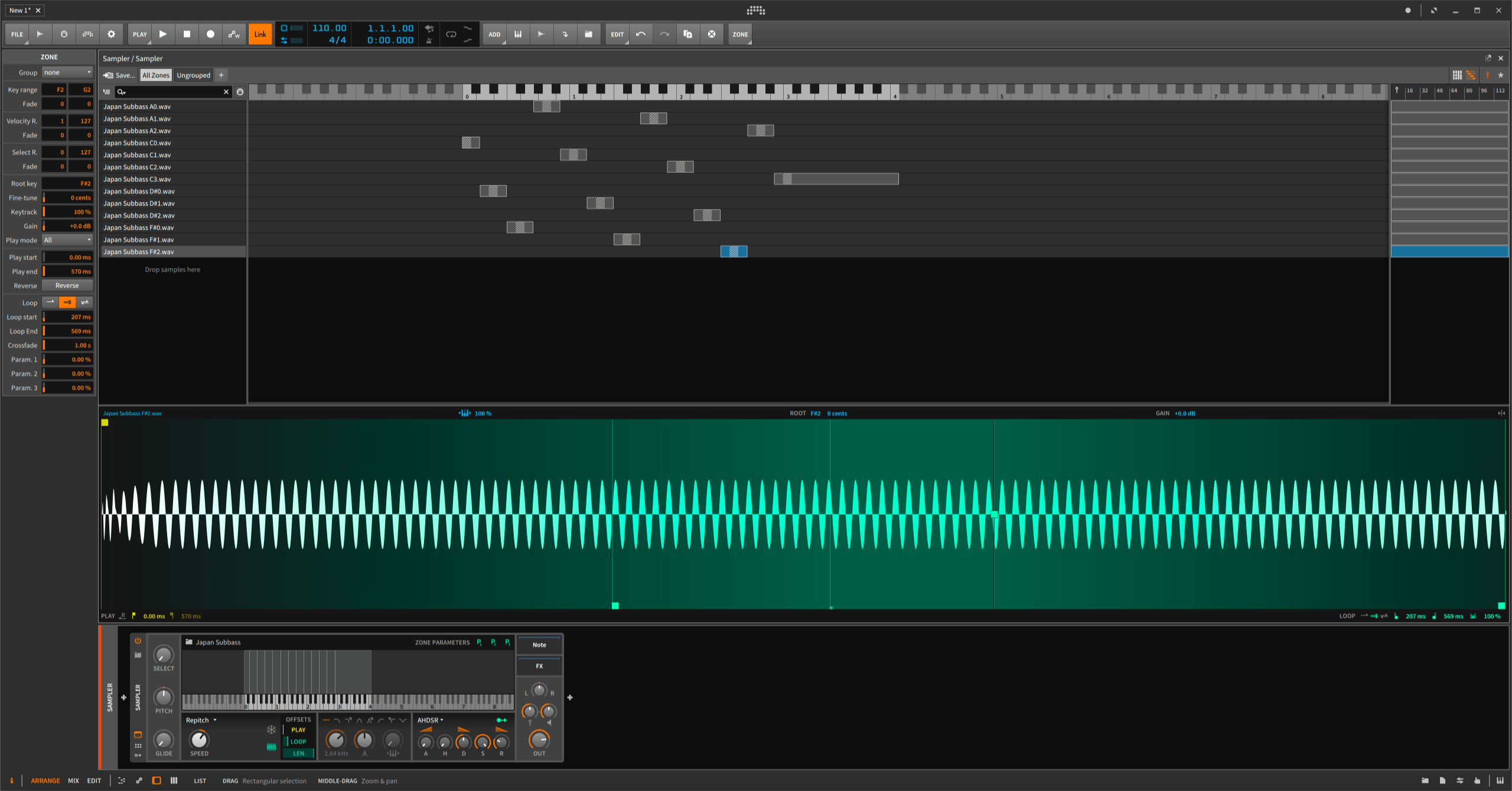 Sampler is improved with some new stretching modes. Notably there’s a ‘wavetable’ like sampling called “Cycles” and a granular mode called “Textures”.

I spent a lot of time messing with the “Cycles” mode and the “Textures” mode and I didn’t really come up with anything particularly cool. Even with liberal and experimental modulation of the parameters both methods tended to sound somewhat harsh.

The “Cycles” mode formant knob was the best thing out of the lot in my experience. Hopefully they will add some visualization to the cycles/textures modes and add a few extra parameters (like crossfades for grains).

The Multisampler sample editing window in the expanded view is simplified, but equally powerful. Look at the left pan to see all of the information available, along with what’s nicely tucked away in the sample editor. It’s beautiful and well-integrated.

There’s a new “list” window that shows you the samples on the left, and where they are mapped/spread across the zones. When attempting to make some multi-sampled libraries myself I found this much easier to use. It would be nice if there was a way to automatically sort samples by their lowest assignment for a cleaner display.

There’s a few other minor improvements:

There is still no ‘pitch shift without changing speed’ mode that doesn’t sound awful. Bitwig improved pitch/time stretching, but the elastique stretching modes weren’t moved to the sampler.

It’s not always needed, but it can be a big help and is a standard feature in other ‘big’ samplers.

Other than that though… Sampler in Bitwig is the best sampler you’re going to get with a DAW without throwing $200+ for some sort of upgraded sampler version from that DAW developer. 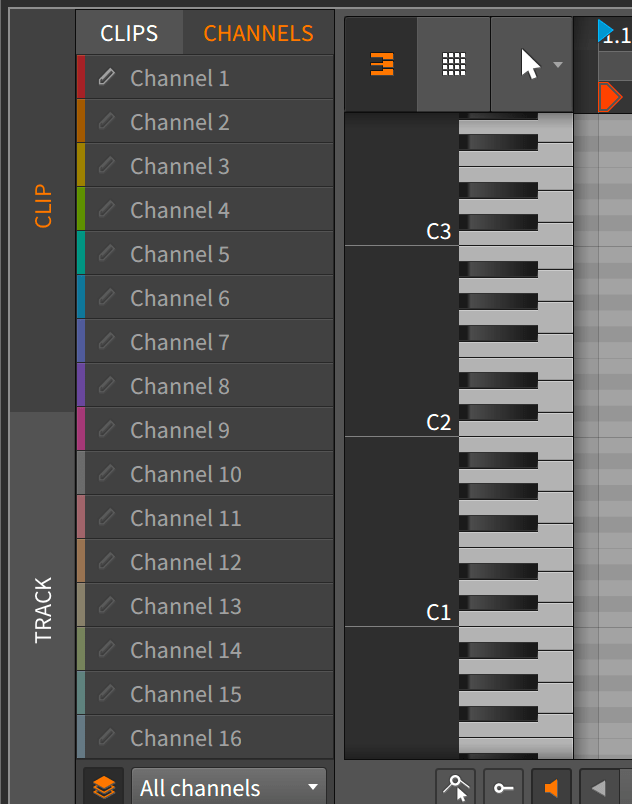 Oh look, support for MIDI Channels. It’s only a 35 year old technology that nearly every other DAW supports.

Baby steps, they have to take baby steps I guess.

The MIDI Channel implementation is nice though. Channels color code notes so that you can easily see which channel a note belongs to. MIDI data like CC and Velocity are colour coded as well.

Currently there’s not much support for moving notes between channels or multi-channel editing easily, but it’s the first step.

UPDATE You can actually change this. Right click the background of the piano roll. Awesome. 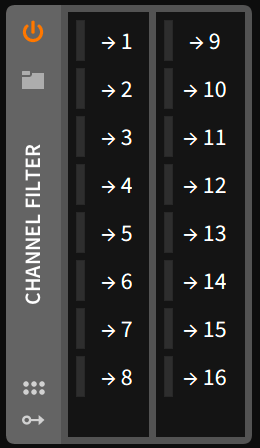 As of Bitwig 2.4, MIDI Channels are supported. Channel Filter lets you control which MIDI channels are allowed through the plugin. 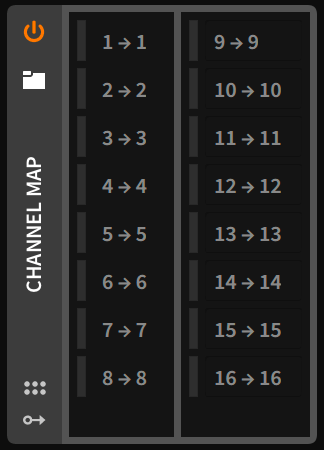 As of Bitwig 2.4, MIDI Channels are supported. Channel Map lets you route a MIDI channel to any other MIDI channel.

It’s not new, but it’s better. Check out the old version: 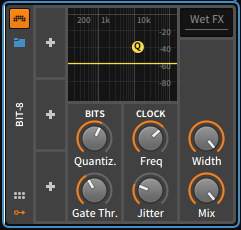 We have some notable improvements here. The quantize style is adjustable, along with “Square domain” quantization. Jitter can now happen randomly with a specifiable chance. There’s a rectifying clipper available now as well.

It’s head and shoulders above the bitcrushers in any other DAWs. (and that’s not just because the new screenshot is a hidpi-size image) 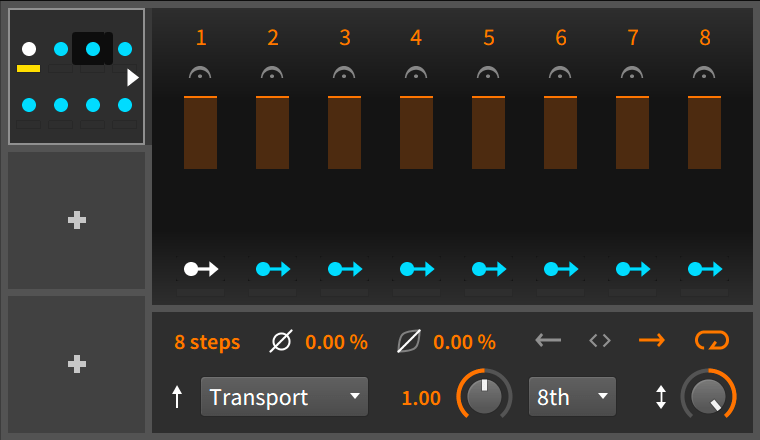 This is a unique little guy.

It’s 8 modulators in a row. A sequencer runs and triggers each modulator. It’s basically a step sequencer with each step having its own modulation output.

You can run the sequencer in forward, reverse and pingpong, and it can cycle or ‘oneshot’. The oneshot mode is useful when you use the “note” modes (restart, random, advance), where a new incoming note is what triggers movement in the sequencer.

Each step ‘turns off’ when it’s no longer its turn, but there’s a ‘hold’ which will make the previous step hold its value.

So why would you use this? The most obvious example would be to sequence other modulators. You could turn on one LFO for a beat, then another LFO, then the next beat use a step sequencer (you would modulate the depth of these to do this). Likewise you can use it for any situation where you want something to change to a specific value for a set period of time, but at a regular rate or in response to note changes.

I love that Bitwig is taking ideas like these from the modular synth community and applying them in a digital environment in ways that make sense. 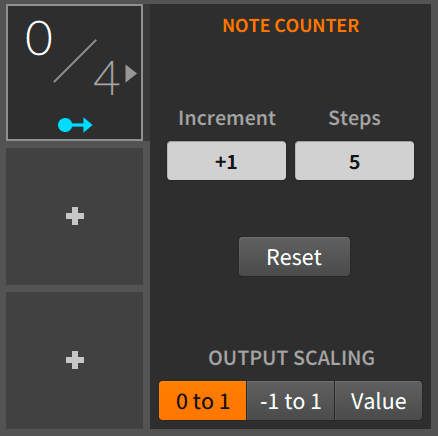 Every time a note is played, a counter increments and along with it a modulation value is output.

You can change how a note increments the value, how many steps there are and make it uni/bipolar.

I’ve come up with some interesting sounding ideas with cycling effects on/off or having a delay change delay time per-note or light filter modulation. I had to stop messing with it and keep writing this review, but I’m going back to it soon as I’m done. Maybe my favorite modulator right now. 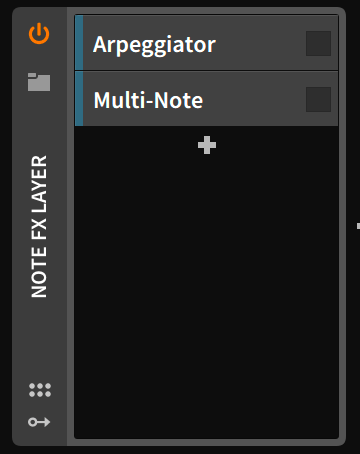 This lets you use Note FX in parallel. So in the image above, if I play a chord it is arpeggiated to create a melody, and the chord is doubled (octave up and down). It sounds massive

I already covered the note effects so check that out and see what you can do.

Now you can auto-generate patterns and apply transforms to the pattern. Cool stuff.

Copy and Paste are there too now for steps.

Bitwig 2.4 is yet another fantastic update and an update that I suspect many people will face their first upgrade period for Bitwig. Let me explain…

Bitwig gives you 1 year of updates with a purchase. For 1 year you get all major updates “for free”. At the end of that year you keep that major version of Bitwig and it’s yours. If you wish to have further updates then you must pay a “yearly” upgrade fee that is currently $169. You can pay this fee at any time and you are brought up to date.

There was a lot of rumblings about this being a “subscription” plan that will ruin Bitwig. It’s not. It’s no different than any other upgrade fee except you don’t have the fear of paying for an upgrade and a new version coming out in 2 months that you have to pay again for. This system prevents that.

So is it worth it? I’m not sure that 2.4 itself is worth $169 personally. If you are a heavy user of the sampler then it’s surely a brilliant upgrade. Parseq-8 is amazing and Note Counter is incredible fun. Just thinking about those 2 modulators makes me want to throw money at Bitwig… so maybe it is worth it?

Previously I said that I would not be continuing to use Bitwig and would uninstall it. That has changed. Bitwig is my happy place. It’s what I do when I want to experiment with sound design or if I have some crazy idea I want to experience. No, it’s not my ‘daily driver’, and honestly for the music making I do, it’s not even in my top 3. For me it’s an instrument. It’s magnificent digital instrument with few parallels.

The Bitwig team is continually improving this “instrument” aspect of Bitwig and I think that’s fantastic. For it to be a great DAW though, they need to spend some time looking at the old men in the DAW industry. Bitwig is sorely lacking in advanced MIDI tools, Audio Editing capabilities, video capabilities and project navigation (finding tracks, organizing tracks, project zooming, asset management). The “2” next to Bitwig belies an immaturity that is evident in how you manage data. Managing sound though… Bitwig is ace, and nothing really comes close.

Taking a step back and looking at what Bitwig is ‘competing with’, Ableton Live, paints a different picture. Ableton Live is equally deficient in the areas I mentioned, but lacks the modulation/container/MPE workflows present in Bitwig. In that direct comparison I feel that Bitwig is the superior product currently. Compared to FLStudio it’s a wash. FLStudio is a more mature product with slightly better project navigation, fantastic education resources, large helpful community and more fluid MIDI editing. Bitwig’s modulation system is vastly superior and I feel that the overall workflow is cleaner (FLStudio has some deep dark scary places you need to do for things like MIDI CC editing or the terrible audio editing workflow).

As a DAW, Bitwig has sometime to flesh things out. As an instrument or a ‘music environment’, Bitwig is unbeatable.

This post took 9 hours to research, screenshot, write and edit. If you appreciate the information presented then please consider joining patreon or donating!