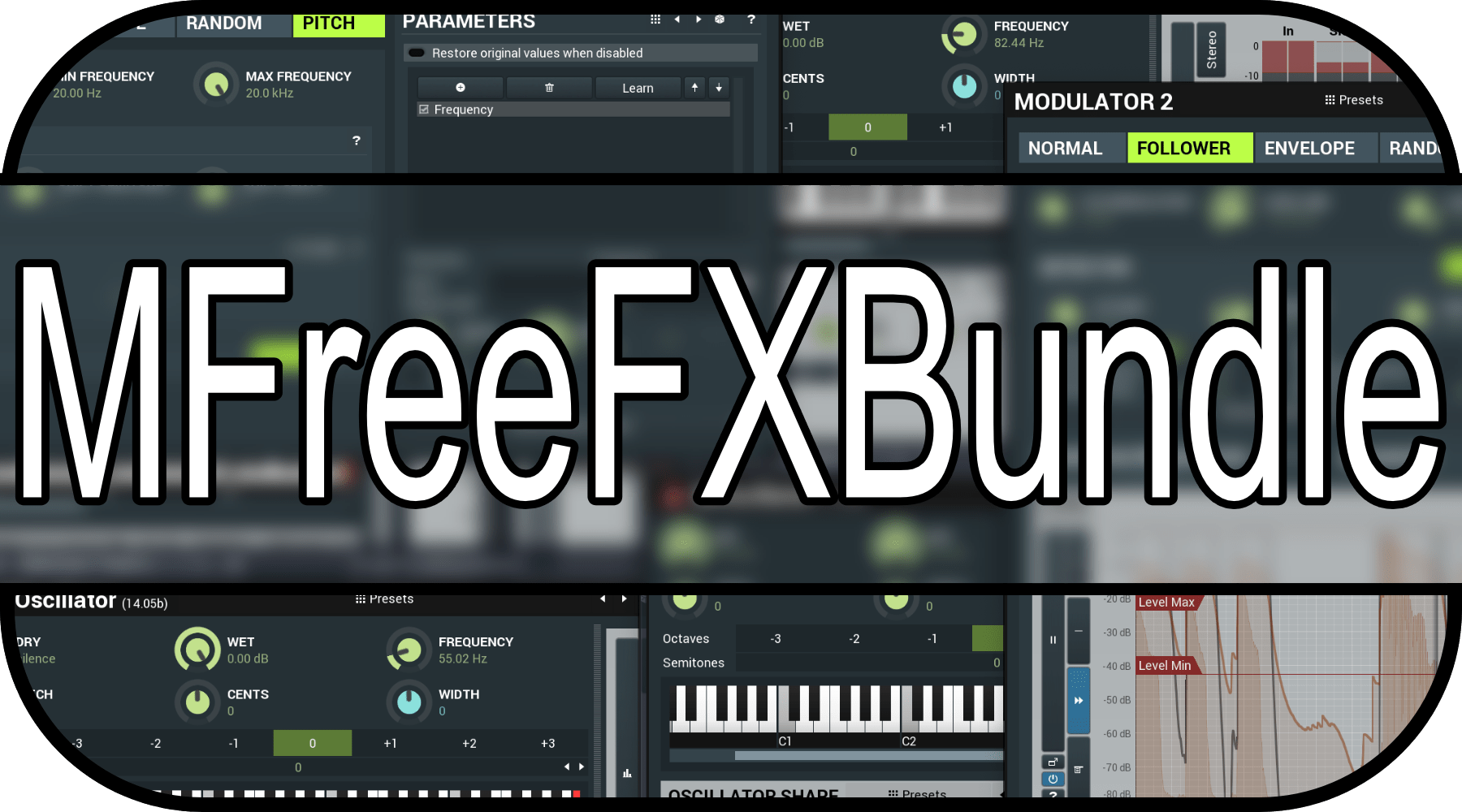 I’ve spent some time working on music projects lately and I’ve found some interesting capabilities of the MFreeFX Bundle by Melda Production.

Most all of this works with the free version except for some of the analyzer features in MEqualizer. 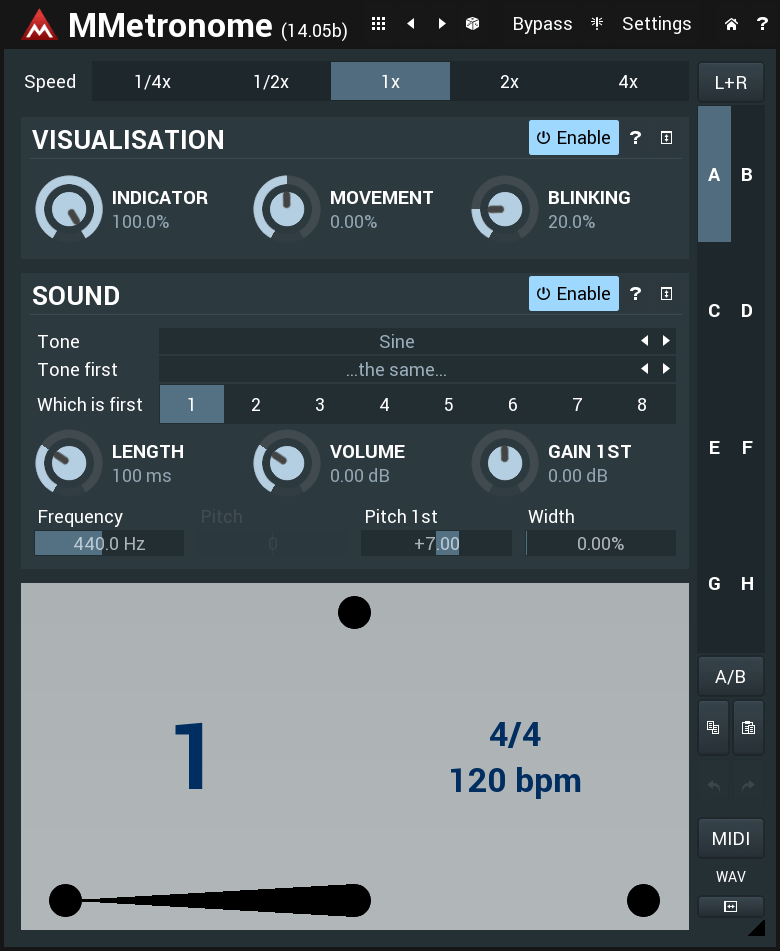 MMetronome is probably better than whatever click or metronome that you’re using in your DAW already, and even if it’s not, there’s still a decent chance that it provides features that your Metronome does not. (The only exception I can think of is Digital Performer.)

Don’t be fooled by their simple image on the product page. It is better, but why is it better?

It has most of the features you’d expect from a digital metronome.

It does lack some of the features in more advanced mentromes (like in Cubase or Digital Performer) such as providing specific patterns and multiple accents, however it is likely that if you need these features then you already have a solution.

There are a basic few omissions in the version I’m writing about:

The value provided is impressive. If you work with a click/metronome to record, or even if you want to setup a template/project for practice then I think it’s a must have.

MNoiseGenerator has a bevy of notable features and uses (I could write a couple articles on it), however I’d like to point out a specific use: Sound reinforcement of percussive sounds.

Drums sounds are mostly inharmonic pitches and noise-like sources. MNoiseGenerator’s envelope modulator can be tuned to trigger noise when something hits.

Watch the video above to see how to set this up. The essential idea is to setup an envelope that controls the noise level in a manner resembling a snare, then filtering the noise to match the snare’s spectral profile (or needed reinforcement profile).

From that point you have a number of options:

I spent around an hour making mouth noises and having MNoiseGenerator output a convincing snare sound for me.

As a bonus, if you increase the frequency of the low-pass and increase the release, you can make a wide-band “reverb-like” sound that can create a sense of space that doesn’t overwhelm your mix like a reverb might.

Actually exciting when you combine them with the modulators. Track the pitch of an instrument, apply and envelope and BOOM you have an audio-following synthesizer.

Check out the video above for basic setup, but it’s easy: 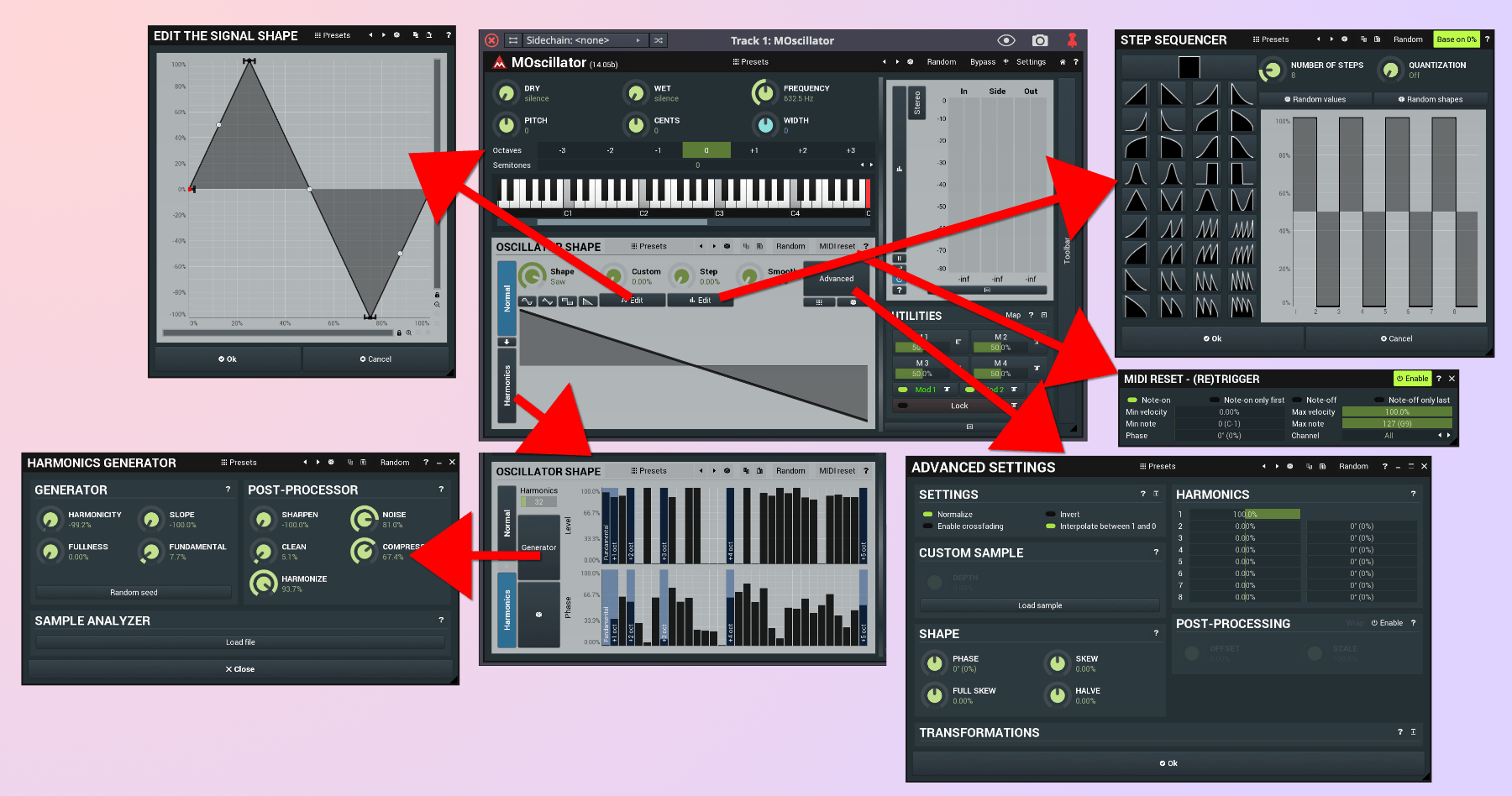 One of my most used plugins for a variety of utilitarian uses around the studio.

Musical instruments produce a series of multiples of their fundamental frequency. EQs generally focus on a specific area.

What if you had an EQ with filters that followed the harmonic series? MEqualizer gives that to you.

The harmonics feature creates a series of filters with a similar Q that follow the main filter with descending (+) or amplitudes alternating around 0dB.

I find it strange how few EQs offer a harmonic series capability for their filters. Any time you’re dealing with resonances in a musical instrument (or electronic noise, such as a ground loop) it’s likely to be the tool to save the day. 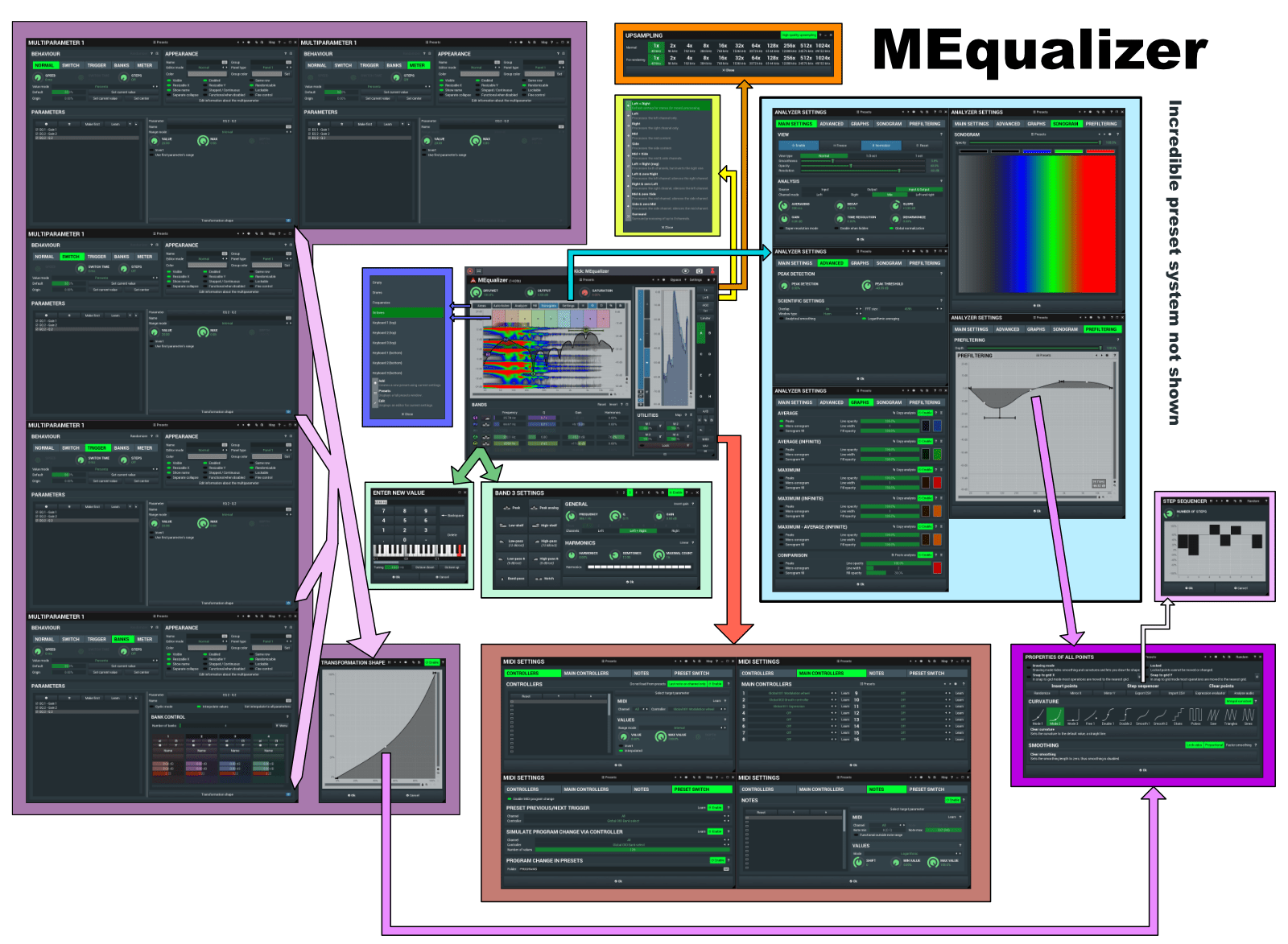 MEqualizer (and many other Melda products) have some other features that I believe provide excellent workflow improvements:

I don’t know about you, but that’s better than products on the market that cost 4x as much as the entire MFreeFX bundle.

That’s not even everything. You’ll have to click the large image above to see more, and I’m still missing at least 2 major features (that are common to all Melda plugins).

The filters don’t suck™ either.

This article took me longer than expected because there’s so much fun you can have with the MFreeFXBundle. If it was paid only, I would value it as the best purchase in the entire plugin market.

It’s not paid only though. The free offering is… free (as in beer). Everyone should give it a try, and I strongly recommend purchasing it if you find it useful. The amount of functionality provided is incredible and worth supporting.

That’s enough shilling for today… maybe I’ll talk about a DAW next instead :)