I received a very neat vintage scrub plane for Christmas. This type of plane has a heavily cambered blade which allows you to work across or diagonally to the grain. The camber allows the blade to both dig in the center while the upswing scores the edges to reduce tearout.

The grind on the blade was very poor, so I corrected it while attempting to remove as little metal as possible. The resulting look of the grind is not fantastic, but to correct it ‘for looks’ would require removing much more metal. This would reduce the life of the plane by many years.

Here’s some more pictures of the process and plane.

When adjusting the blade on wooden planes like this, you smack the back of the plane body with a hammer. As resting bodies tend to stay resting, the blade resists the movement and the body moves forward. These motions cause the blade to retract slightly.

So to pull the blade back you simply smack the back of the plane body then tap the wedge to secure it in its new spot. 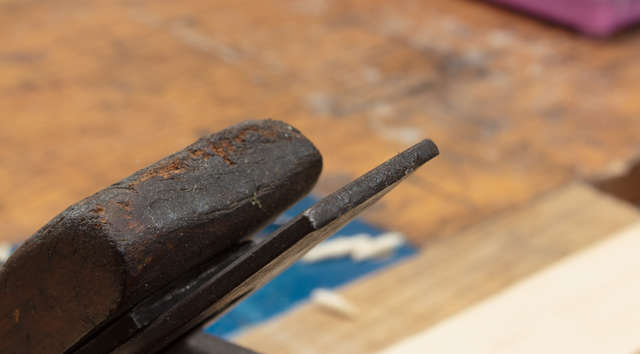 Adjusting the blade forward is quite simple; you just hit the blade with the hammer. You can see the result of years of blade adjustment on the back of the blade here.

You can also see the hammer indentations on the wedge as well. 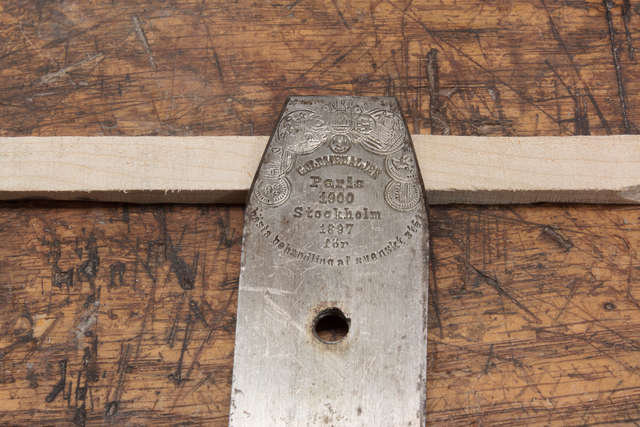 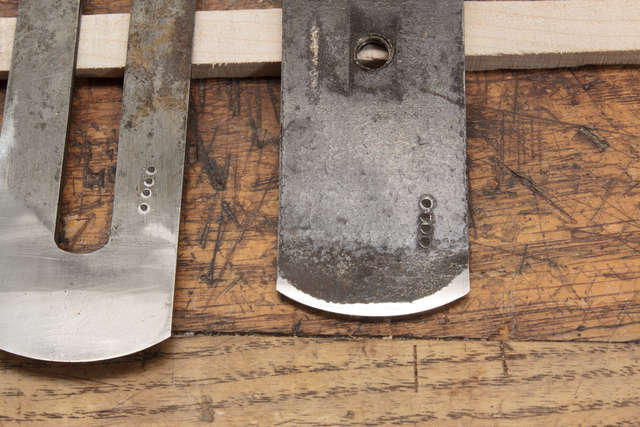 This is normally a sign of a reasonable quality blade at worst. A Rockwell tester is used to check and make sure the hardening and tempering process of the blade went as desired.

Given the age of this blade, it’s likely that my measurements are worthless, but on a modern HRC test the blade would read at about HRC61. I suspect the steel is probably a bit softer than this, but that number is in line with the potential hardness of a blade from that era. 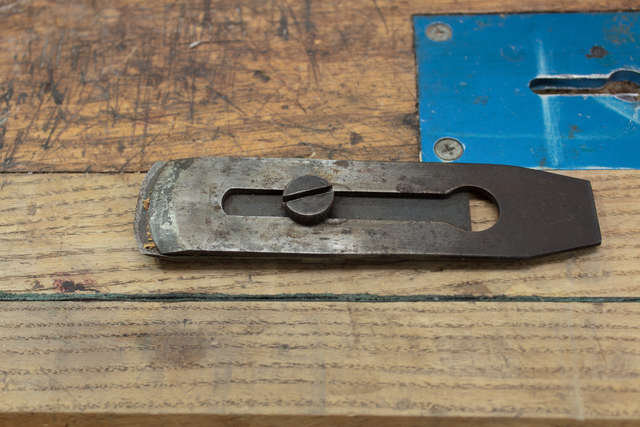 Blade "out of the box"

Very rough starting point. The camber was uneven. The chipbreaker did not mate well with the blade, as you can see chips embedded. It appear that the blade passed over some very hard substances as well. Lots of work to do. 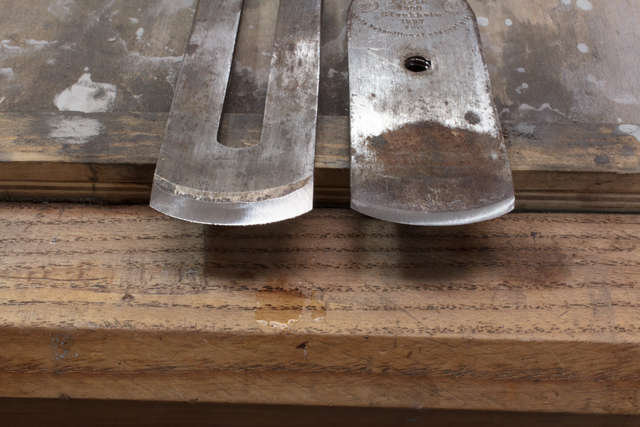 I freehand ground the blade to its new geometry. For this I prefer to use a belt sander with a #240 grit belt running at slow speed. I frequently cool the blade in a waterbath with some simple green. The simple green prevents rust and helps loosen various particulates that get on the blade during grinding.

I could have removed about another 3mm of metal and ended up with a perfect looking grind, but this would have reduced the life of the blade many years. With such an old plane it would be a shame to waste its working life in the name of vanity, especially when I’m leaving the rest of it as is.

Look at that massive burr!

This steel is super fun to hone! It takes a very keen edge, though with a good deal of work.

Like with the grinding I was careful to minimize metal removal while attaining a razor-sharp edge. The result isn’t the prettiest, but it is in keeping with maintaining a long working life of this wonderful tool. 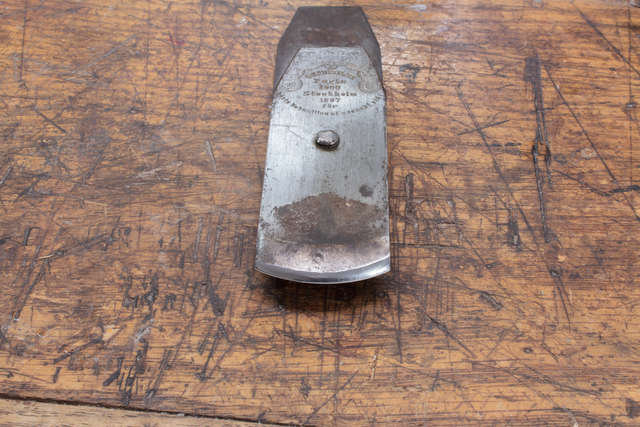 With the chipbreaker mated to the blade. No more wood chips will get stuck now and tearout is minimized even more… on a scrub plane? hah!

The plane works fantastic. A long slender piece like this is not what you’d use it for, but that’s what I had handy.

It happily takes very thick shavings with little effort. This plane will see many more years of use to come.