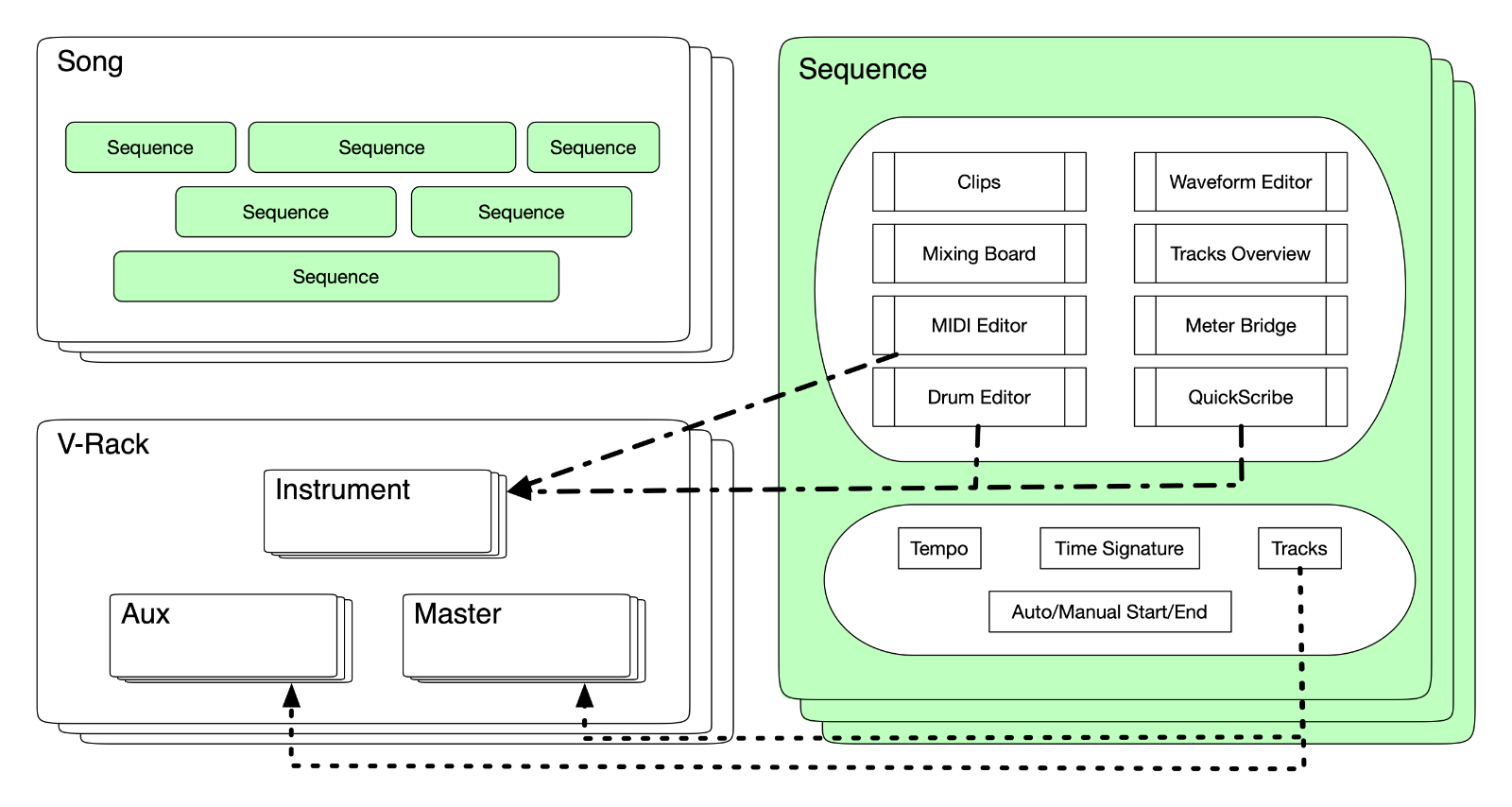 Come with me as I show you what’s there, and you can decide for yourself how awesome it is.

What is a Chunk

A chunk in Digital Performer is one of 3 things:

A project contains any number of chunks. All 3 of these things can interact with each other at some level, so let’s break them down into sections. 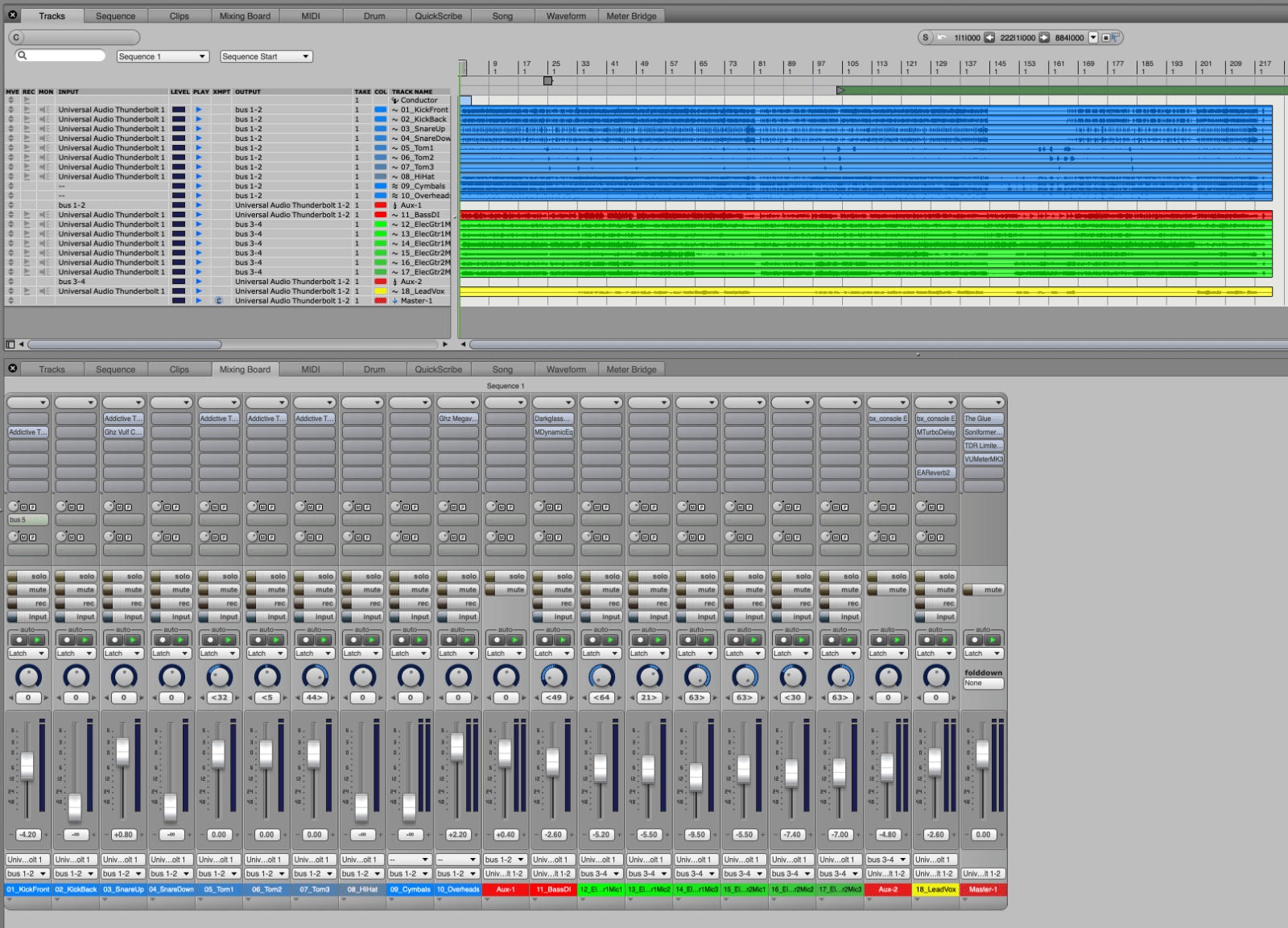 A simple sequence of a band recording

A sequence is what you might think of as a ‘project’ in another DAW. It consists of your:

Basically everything that you’d make music with. The idea of a project in Logic, Cubase, Pro Tools, Samplitude etc… correlates to a sequence in Digital Performer.

A project in DP can contain a vast number of sequences. You can copy data to/from sequences within a project easily (or extract to another sequence), or copy sequences to/from other projects easily. 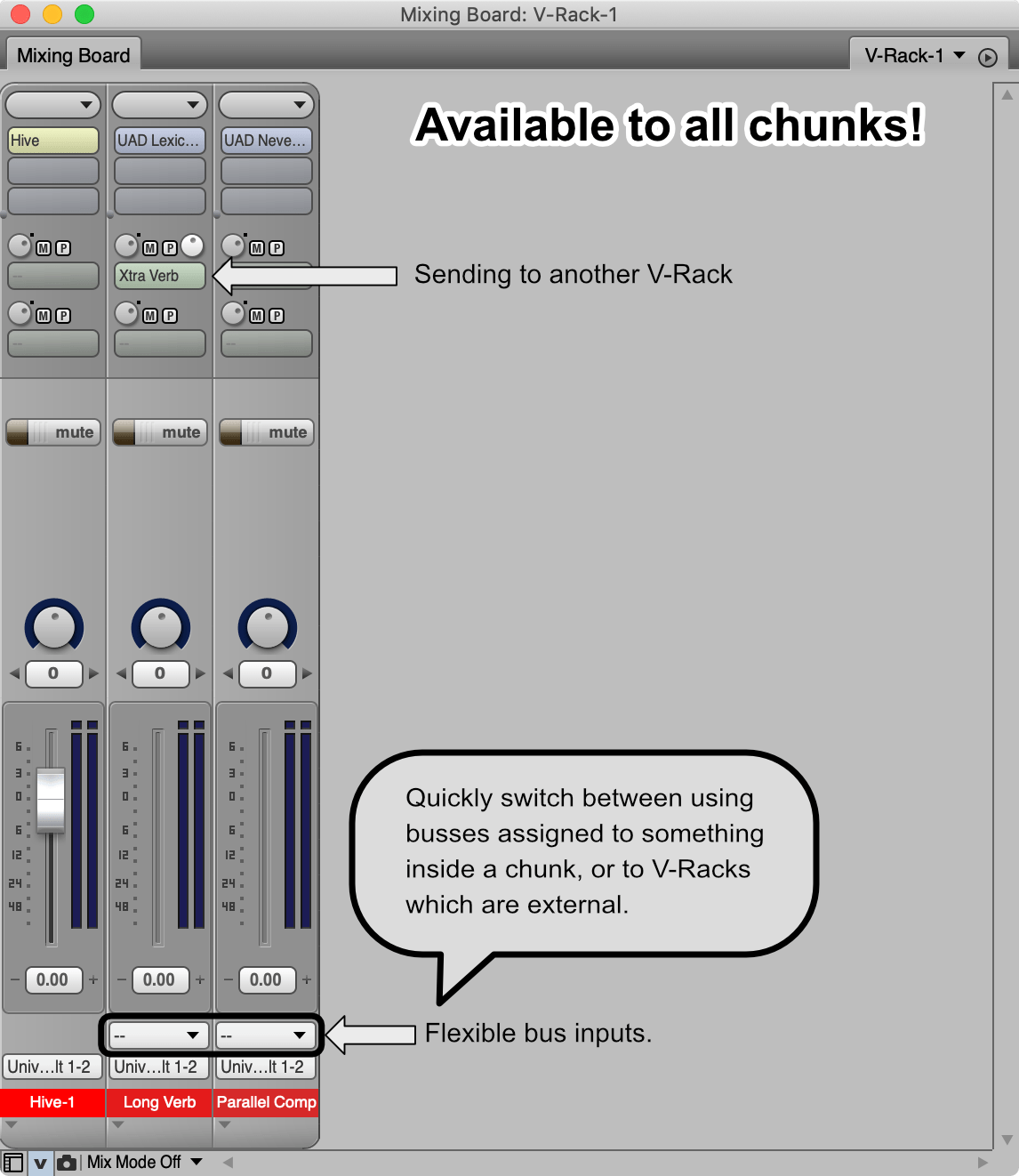 Now it’s getting exciting. A V-Rack allows you to have tracks that exist outside of a sequence, thereby allowing multiple sequences to utilize those V-Rack tracks.

There are 3 types of V-Racks:

Perhaps you want to keep all of your songs in the same project, but have one master fader that applies to all of them? Maybe you have shared instruments between projects and want to keep the same sound/settings when youswitch to another project? Maybe have the same reverb or effects available?

Maybe you want to work on your track in parts. Drums in one sequence, Horns in another sequence, Synths in yet another, but you want each of these sequences to use the same master fader, share some effects paths and possible access the same instruments.

V-Racks utilize DP’s audio bussing system. You send audio to a bus, not to a track. Tracks can use busses as inputs. The V-Rack utilizes this system the same as anything else. The layer of indirection provided by busses allows you to quickly choose what a V-Rack aux takes audio from, or to easily choose what tracks are sending to.

But then how do you put those sequences together? 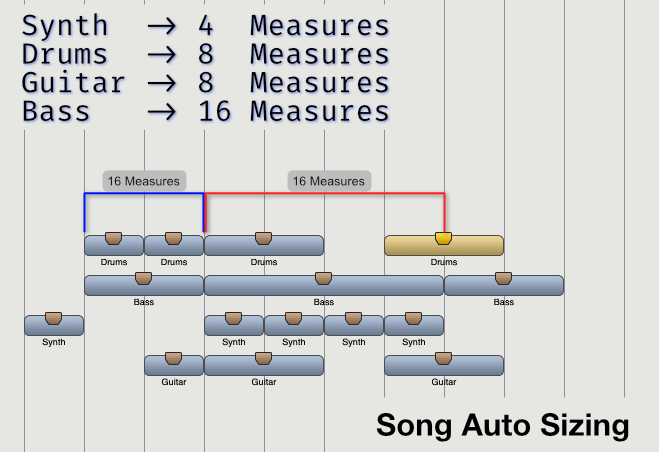 Songs are the solution to all of your woes.

Songs allow you to order sequences and other songs for playback. They are sequencable despite varying time signatures and the song window has its own master conductor track for tempo changes.

If that were all, then it’d be incredibly useful, but there’s some rabbits in the hat:

Another interesting aspect of Songs is that, as you can see in the image above, it’s autosizing. A sequence/song is displayed as a block. If you insert a block of a smaller length, then any longer blocks are sized to display proportionally longer.

The autosizing can be both a huge pain and a blessing. It does make it somewhat difficult to understand what’s happening in a piece temporally, but it also allows DP to accurately display things with wildly different temporal characteristics. 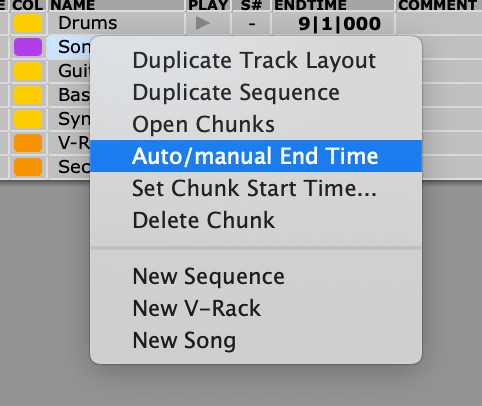 Since the length of a sequence is so important in the song window, you can allow DP to set the end time automatically. It will do this based on the last event in the chunk.

Setting start time though…. Set Chunk Start Time should set the start time of the chunk, which it does in terms of timecode/transport. However, it does not change where the chunk starts in the sequence.

So if you have a chunk that you want to start playback at measure 2, there does not appear to be a way to do this.

The ability to triggers chunks is one of the reasons why DP is huge in the backline world of live music.

These facilities allow for having backing tracks/sections to be easily setup for live use. Combined with v-racks, this is a powerful setup for live backing. 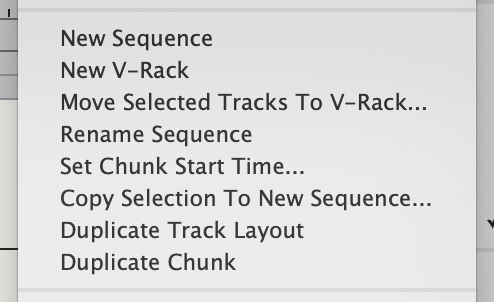 Some Tricks of the Chunk

DP’s Chunks system is pretty unique. There’s some other similar concepts in popular modern products, nearly all of which post-date DP’s chunks. There’s of course some prior-art in any of the variety of non-linear sequences out there. DP offers the modular-like sequence workflow with most modern amenities that you’d expect from a DAW in 2019.

It’s interesting if you work with recorded music, fun of you’re into electronic music, de-cluttering if you do orchestral and indispensible if you do live work.

This post took 12 hours to research, write and edit.