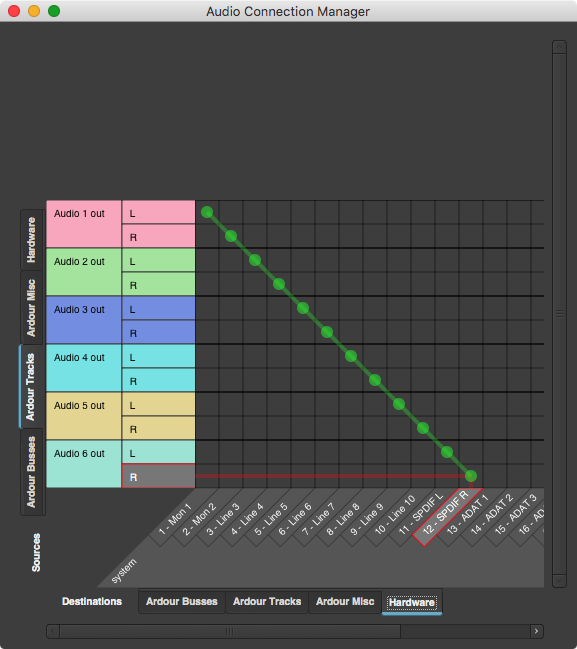 Just opening up Ardour and starting a basic session, I’ve noticed quite a few things. So here’s my first impressions, both positive and negative.

Note that I am using the nightly OS X version, built locally.

Performance appears to be extremely poor compared to any other DAW on this system. Running at 64 sample buffer at 44.1khz sample rate with 6 tracks yields frequent x-runs. I can run at 64sample buffer at 96khz in DP/Cubase/Logic with dozens of tracks and plug-ins running without any issue.

This may require more investigating, but if this is actually correct then I may stop this review early.

Audio editing appears to be very good, at least concerning what I am used to.

Ardour is the first DAW that I’ve used which successfully scans ALL of my plug-ins without error. Impressive.

The manual is incomplete, very poorly formatted and uses an awful font for technical writing. Of course this can be fixed… but the current state is poor.

Being able to speak directly with the developers on freenode.net is amazing. They are very helpful, thorough and communicate clearly.

Likewise being able to browse the sourcecode is extremely valuable. I can’t overstate how useful this is. Despite any other shortcomings, this point makes up for a lot.

I already love the mixer in Ardour!

I usually hate having to make macros and scripts. The Lua bindings in Ardour are very cool. I’ve managed to make some very useful things with it so far, and easily “fix” some missing functions.