It’s already been over a month now and soon I will be making a decision. Will I switch from Digital Performer to Cubase? A few more posts first…

Over time I’ve discovered some things about Cubase that are particularly annoying. A couple of them are nearly dealbreakers. Particularly the lack of Polar. In this post I will cover a handful of things that I’ve found to be bothersome. 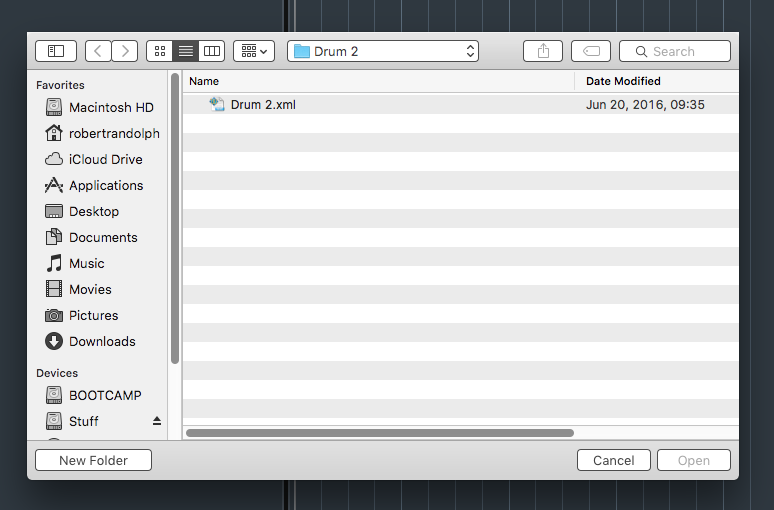 The issue is that when you save these, they do not retain folder information.

I like to save multi-track setups for instruments like drums, 5+ track guitar recordings etc.. Folders are an integral part of keeping sessions with a lot of multitracked instruments organized. Cubase simply doesn’t allow this workflow.

Not only can you not zoom in to the notes vertically, but you are limited in overall editor height.

You can vertically zoom in the in-line editor. There is simply no keyboard shortcut for it. Mouse-over the keys until your cursor turns in to a hand then move your cursor horizontally.

You are also missing a number of tools when using the in-line editor! How very annoying. Compare these toolbars:

Maybe these things are not particularly meaningful to you if you are not a Cubase user, but notice the difference. The missing stuff that the ‘Key Editor’ has is extremely useful and not accessible in the project window as far as I can see.

I goofed here too! There is a hidden toolbar for the in-place editor. You must click the triangle in the upper right, across from the track name.

Did you notice something else about the last toolbar screenshots? The tools are draw in different orders!

Despite that, the same hotkeys apply. It’s quite confusing. I found it to be somewhat bothersome even when I was no longer looking at the toolbar to quick-count and hit the shortcut. Some tools I use so infrequently that I just want to flick-grab them with the mouse, but sometimes they’re not in the same order!

Mono to stereo… or not.

Pretty simple really. There’s no easy way to use a stereo effect on a mono track. You are forced to create a send/buss (called an FX Track) and route your track to that.

Quite annoying when mixing and you want to use stereo effects on a mono recording.

No love for the loopists

Watch at least the first video above. Basically identical to a guitar looping board. I use this type of workflow often, and while I have an Infinity Looper, an Eventide TimeFactor and a heavily modified Pigtronix Evolution… I still prefer to work in the DAW when I’m working in the DAW.

Cubase has no native function, and the available VST plugins such as Circular Labs Mobius are not a good substitution.

Multitrack freewarp is amazing, why isn’t it here?

Maybe you remember this gif from the Studio One evaluation? The ability to simply grab a beat, move it and have all the surrounding material micro-adjusted as necessary and automatically.

Yes, you can do this in Cubase on a single track. What you can’t do is have this type of edit apply to grouped tracks. This is something that Studio One and Pro Tools do exceptionally well, and it’s a feature that is very useful.

«  Walnut Combs Cubase 8.5 vs. Digital Performer 8.5 »
If you appreciate the information presented then please consider joining patreon or donating money/time