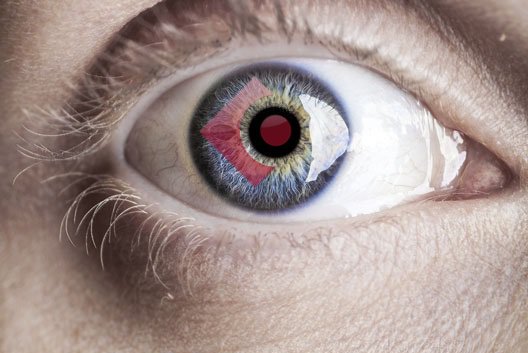 What am I using primarily this time? Cubase 10.

So I’ll be focusing on some things that I like/dislike in Cubase, along with some general commentary and maybe some tips/tricks?

I won’t be covering anything that I’ve covered already. Only new stuff.

Read more if you want to know why there’s no ‘real’ article this week, and why there may not be one next week.

I screw this article up. I need to put out an addendum, but for now please see Justin’s (Reaper Author) comment.

Get yourself up to date on my general health situation first.

I’ve always had the occasional migraine, I think everyone deals with them at some point. Recently, likely due to my autonomic failure, I’ve had a string of 12 days with a migraine lasting more than 8 hours. I can deal with that for the most part. I schedule my time around it, I have medication, I have a headache hat (for real, that thing is AMAZING), I have caffeine etc… It sucks, but I can deal with it.

There’s two things I haven’t been able to deal with though:

I drove to my favorite guitar store a couple weeks ago and while crossing a large bridge I experienced what I can only describe as the most incredible pain I can imagine. It shot up the back of my head to my eye socket. The pain went from 0-60 in what felt like seconds. It was the sort of pain where your eyes are wide open, but you can’t see anything.

I was barely able to pull over. (Of course it’s on a bridge with one of those tiny lanes where you think you’re going to be smashed to pieces because your car barely fits. The thought of being turned into a discarded soda can was passing through my head between pulses of pain.)

I couldn’t even put together the thought of using my phone to call someone. All I could think of was FAST over and over. Not long after it started, I had the presence of mind to open the car door before I vomited from the pain. It’s funny how little things like not puking all over yourself can seem like a triumph in certain circumstances. Just a flash of, “Nice, one less thing to deal with right now.”

Between 5-10 minutes later I felt better, though with some postdrome symptoms. I checked myself a number of times for stroke-like symptoms, then stupidly I zipped down the freeway to get home.

After that day I had a number of silent migraines. I’ve experienced these in the past, and my migraines almost always come with an aura, so I wasn’t particularly alarmed.

Meanwhile my neuropathic symptoms (or not?) increased in intensity. Thankfully I was able to get into a neurologist (specializing in neuropathy with a somewhat obsessive interest in migraine treatment). It’s seeming likely that the usually benign twitches I showed before are caused by something else.

It’s no surprise that a neurologist suspects a linked neurological cause for everything, but I’m on board. I’m like anyone else… I am ready to accept the unlikely outcome that a number of defects are caused by the same root cause. No matter how unlikely it is, my readiness to accept a single root cause far exceeds the possibility that it is the correct assessment.

I was told that cluster headaches (and “normal” migraines) were commonly co-morbid with certain causes of peripheral neuropathy and autonomic dysfunction. So now I have 7 pages of tests to complete (4-5 tests per page) in the next month before going in for a series of biopsies and autonomic testing. That’s likely to just be the start.

PLUS potentially starting an incredibly expensive monthly shot for the headaches.

For the last 2 weeks I’ve used nearly every moment of my free (cognitively clear) time to do work for an employer. Luckily I greatly enjoy the work, and it cheered me up a bit. I take pride in my work, and my efficiency and being able to execute at a level I felt comfortable with was a welcome change of pace. I used any extra time I had to read technology books and play with nim. I fit in a couple hours of a video game that I’ve been playing as well.

I used my moderate-level migraine time to help manage a competition/Q&A with Kilohearts on the discord that I help adminstrate.

My last 2 articles were prepared well in advance so I was able to cover my lack of well-being with some (hopefully) interesting content, but at this point I have no more completed content to put out.

I loathe to miss a weekly article, even though I already said I might before, but I might end up doing it so that I can focus my productive time on higher priority endeavors.

Then again… I said that before and I think I’ve done pretty well (and had lots of fun doing it).

If you’ve made it this far, thanks for reading.